LED screens use highly sophisticated technology to communicate, inform and engage, making them incredibly useful tools for fulfilling very specific goals for your organisation. Now, if you’re new to the world of digital signage, its capabilities and benefits might not all be obvious right from the off, so that’s what we’re here to help with at Scanlite. Our experts are always on hand to answer your questions in as much or as little detail as you might need, but if you’re just looking for the essential stuff to get you started for now, you’re in exactly the right place.

What is an LED screen?

In the context of digital signage and display, an LED screen (or LED Wall) is a large format display that’s often compared to a giant television or computer monitor. However, it’s quite distinct from the sort of LED screens on your regular TV at home, since LED digital displays are powerful enough to be seen across entire sports stadiums.

Every pixel in an LED screen is made up of a small number of Light Emitting Diodes. These LEDs are collectively mounted onto panels in an array, and then several panels are joined together to form a full image. LED advertising displays can come in many different sizes, and their ability to convey ultra-bright, high-quality images on an impressively large scale makes them an equally viable choice in expansive indoor and outdoor environments alike.

It’s worth noting that they’re distinct from LCD (liquid crystal display) screens, and there are a number of complex technical differences between them. In a nutshell, the brightness and scale of LED screens means that they’re best suited for large-scale and outdoor environments, whereas LCD screens can be comfortably viewed from a much closer distance, making them the preferred choice for indoor environments like shopping centres, reception areas and lobbies (to name a few.)

If you need more detail about their advantages and how they work, feel free to take a look at quick explainer on the main differences between LED and LCD screens.

What is LED display technology?

The LED display technology powering these screens is all based on the capabilities of Light Emitting Diodes, which are solid-state devices that use semi-conductors and electroluminescence to create light. We’ll spare you the detailed physics lesson, but essentially when an electric current is passed through a semi-conductor, it responds by emitting light. Electroluminescence is the scientific term used for that process.

One of the key reasons why LED display technology is such an improvement on older lighting technologies like incandescent lighting is that it doesn’t rely on generating heat energy to produce light. Instead, it only uses a relatively small amount of electricity, and it converts that directly into light, without wasting any energy on heat. That makes it far more energy efficient than incandescent lighting, and partially why you might sometimes hear it referred to as cold light technology.

Now, the very earliest models of LED screens were only able to emit an infrared light, but we’ve had the benefit of fifty years of steady technological advancement since then. Today, each one of these modern LEDs is capable of emitting three main colours: green, red, and blue. These colours can be balanced and combined to make more complex and vibrant colour combinations, essentially allowing the LED screen to express the full range of the spectrum. 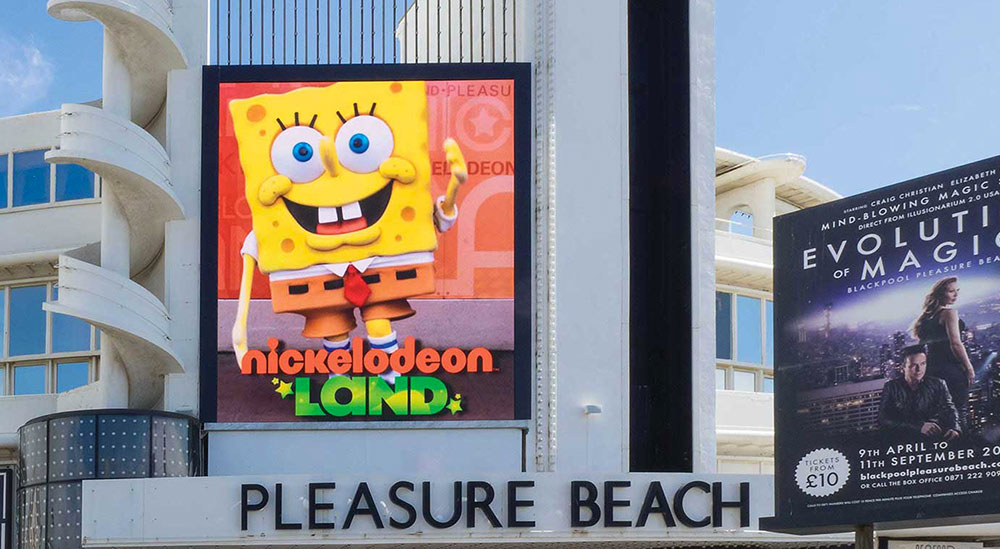 What are LED screens and LED digital signage used for?

Modern LED screens and video walls have a huge range of applications across a wide number of sectors, and can be used to advertise, educate, or alert the general public.

There’s been a particular surge of growth in this sector in recent years, and LED digital signage is becoming an ever more common sight in shopping centres and commuter networks. These are typically used for promotional and commercial content, but can sometimes be used to update or inform the public about things that may affect them, such as temporary store closures.

LED digital displays have always been invaluable for communicating key safety messages to the public, and their usefulness for doing so has been especially evident since the emergence of the Covid-19 pandemic. It’s helped remind the public of how to reduce transmission rates of the virus by covering their face, washing their hands regularly and keeping their distance from each other wherever possible. What’s more, it’s also been useful for directing people to key facilities like hand washing stations, or vaccination centres.

LED Screens at events and exhibitions

The eye-catching qualities of LED advertising displays have always made them a mainstay of indoor events, helping attract visitors to exhibition stands and conference centres. They may be used to introduce the company’s ethos or culture, demonstrate core aspects of their products or services, or communicate a variety of other key messages to viewers.

The vibrant and dynamic nature of LED digital displays make them far more engaging than static displays like billboards or posters, so they’re also strongly favoured for corporate events or educational settings like schools. Images, video and text can all be utilised to introduce concepts, reinforce messages, or spark debate. See, that’s one of the beautiful things about LED digital signage – the viewer might not even always agree with the message, but they’re certainly sure to remember it.

This is another one you might have seen more of in the UK’s first lockdown of 2020, as the government sought to get its Stay At Home message out to as many people as possible. But while the circumstances may have been extreme in that case, it is an excellent example of how you can get your message out to as many people as possible over a wide area. Mobile LED displays are most frequently seen in dense city centres, where they can be seen by the maximum number of people, but they’re also used in remote rural locations too, such as fetes and festivals, which generally lack the infrastructure necessary to support more traditional forms of LED digital signage.

These are just the basics, of course – if you’ve got any further questions or need any additional details on anything, our experts here at Scanlite are here to help. We know this technology inside out, and exactly how it can be used to achieve your goals as a business. To find out how we can help you, feel free to give us a call today on 01253 302723, or email us on sales@scanlite.co.uk.