If you’ve taken even a brief look around our site here at Scanlite, especially at our case studies, you’ll have already seen that we supply and install a huge variety of different types of LED screens, enabling us to meet the requirements of customers across a wide range of sectors. Some of our LED digital displays are best suited for indoor environments, whereas others are firmly-established favourites for more open outdoor spaces. It’s this latter group we’ll be focusing on in this post.

Just as with almost all other types of outdoor LED screens, LED information displays are pretty aptly named, and each one does just what it says on the tin. Essentially, they’re designed to help communicate key information out to large groups of people, as quickly and efficiently as possible. This information could be in almost any form, and can be anything from written announcements or updates, to timetables, schedules, statistics or financial information.

LED information displays are a mainstay of the transport industry, often used to keep passengers updated as to the arrival and departure times of buses, boats, trains or planes. They’re also frequently used in sporting events to keep audiences posted on upcoming fixtures. 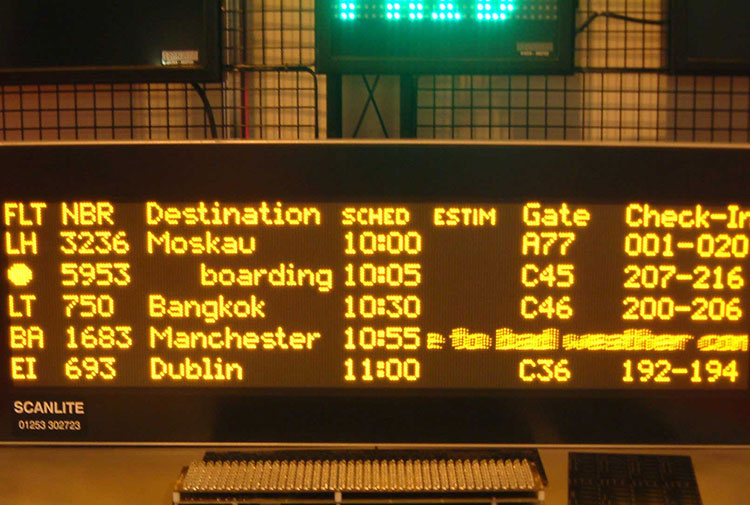 This type of outdoor LED signage isn’t mounted on an external surface like most other types of LED displays, but is instead self-contained on its own little stand. This allows these LED digital displays to be highly portable, so they’re a favourite of pop-up events, trade shows or PR exhibitions. They’re immensely useful in helping attendees to find out more about the products or services being advertised without necessarily needing to find a member of staff.

If you live in or near a large city, chances are that you’ve seen at least one LED video display board once already today. They’re becoming increasingly popular for allowing marketers to deliver large-scale advertising in open public spaces, with New York’s Times Square and London’s Piccadilly Circus being just two of the more notable examples.

They’re also used for exceptionally large-scale events like stadium concerts and sporting events, giving the entire audience a live feed of the stage or arena, keeping them updated on scores, and allowing them to enjoy instant replays of the action. As you’d expect, smaller versions of LED video display boards are also often utilised for product launches and trade events, and are a common sight in public transport terminals as well, as a handy way of advertising to the public while they’re waiting for their transport to arrive. 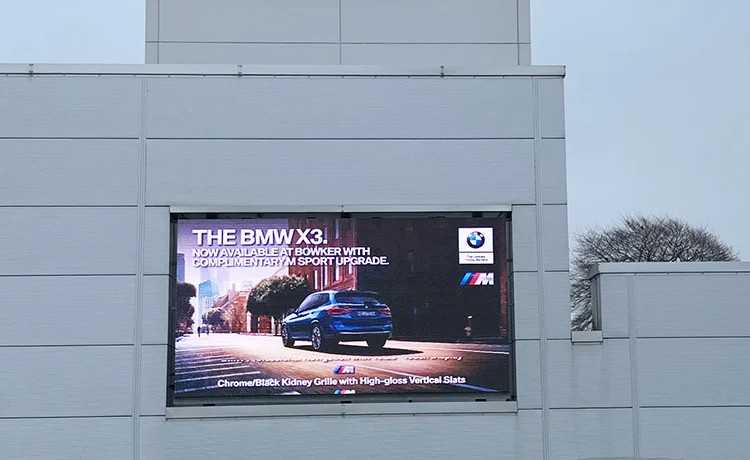 LED clocks can be a useful way of instantly distinguishing your business from competitors on the high street, attracting the attention of onlookers by providing them with useful information. Time-only clock displays are handy enough, but more sophisticated displays can also be used to impart useful information to passers-by, such as your opening or closing times. Temperature displays are equally intriguing, especially in environments where that figure might be especially relevant, such as seaside towns. LED clocks and temperature displays are used by businesses and organisations of all sizes, from large corporations to high street SMEs.

So now that you’re up to speed on the main types of outdoor LED screens, the next logical question is – what’s the best one for your business?

And that’s where we can help right here at Scanlite. We know LED digital displays inside out, and all the most effective ways in which it can be used to achieve your objectives. If you’d like, you can read a bit more about the basics of LED screens in our most recent post – or alternatively, to find out how we can help you, feel free to give us a call today on 01253 302723, or email us on sales@scanlite.co.uk. We’re here to help!