It’s no secret that LED digital signage can be a hugely useful asset in the world of retail, especially as we ramp up towards the busiest shopping season of the year. We’ve already documented the best ways you can get the most out your LED screens in a previous post, but now that all your competitors are likely upping their game, you might be looking for new ways to help your business stand out this year. And as you’ve probably already guessed, LED screens are the perfect way to help you do it.

An excellent place to start is by considering the colours you’re using in your LED displays, but you can always go one step further! Here, we’ve summed up some of the most intriguing ideas to help you capture the attention of your customers, maximising your returns as we close out 2021.

If you stock clothes, shoes or accessories, your customers are likely to spend a fair proportion of their in-store time stood in front of mirrors, examining their reflection as they make the final decision whether to buy. It’s been a feature of clothes shopping since as as long as anyone can remember, but retail digital signage gives you the opportunity to turn this standard experience into something truly unforgettable.

Rather than using a standard full-length mirror, you can create a kiosk or booth with a bespoke mirror finish, allowing you to switch seamlessly between reflective glass and a beautiful interactive screen. Your customers can not only see how they’ll look with their potential purchase, but they can even use the screen to make requests for alternative sizes, or even check out matching or complementary products you might have.

And that’s just clothes shopping. For a more general application, you can draw the attention of your customers by installing your screen in a more public area of your store that sees a lot more footfall. (If you’re able, you could even install it on the street outside.) With facial recognition technology, artificial intelligence, and a whole host of other technologies, your screen could digitally alter the reflections of passers-by in fun, innocent little ways – such as by giving people cheerful little Christmas hats.

Alternatively, you could even alter the world around them. Perhaps the most famous example of this was rolled out all the way back in 2014 (which goes to show you what an impact it made!). Pepsi’s bus stop ad used camera trickery and a clever perspective to imply weird and wonderful things were happening on Oxford Street in central London. The reactions varied between startled and delighted, but one thing’s for certain – nobody forgot about it in a hurry! 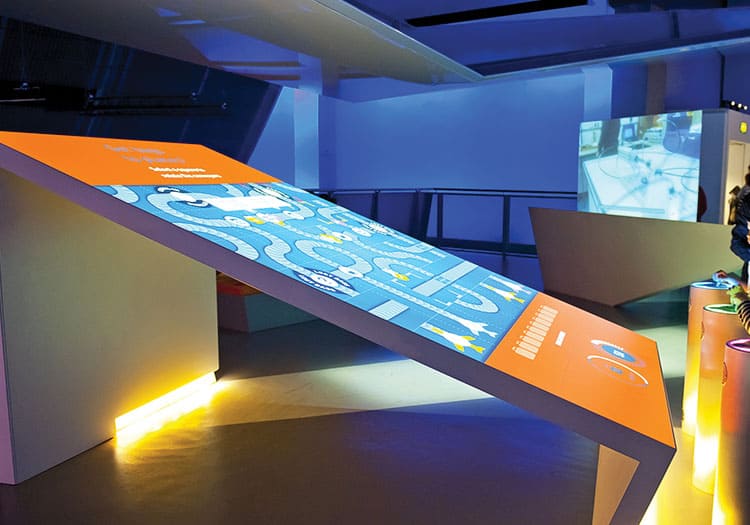 Another increasingly popular (and highly engaging) use of digital signage is utilising it to allow your customers to play games in-store – whether they’re competitive events that pit them against their companions, or single-player events where those watching can cheer them on. These games don’t have to be particularly sophisticated – most in this sort of vein tend to emulate popular mobile games, well-established board games, or word games, so that casual passers-by can quickly pick them up and get playing. (Nobody’s going to get involved if they have to stand and peer at a detailed set of rules beforehand.)

Examples can include short trivia quizzes, Tic Tac Toe, Sudoku, or variations on Connect 4. They’re a hugely effective way to get people engaged with your brand, encouraging them to spend more time in-store – and come back when they next pass by! Some businesses have found exceptional success by actively tying in these games to their in-store offerings, such as giving special prizes and free giveaways to those with the highest scores.

Sound is an admittedly tricky one right off the bat, as normally the environments for retail digital screens are too noisy and busy for most people to fully appreciate the sound design. But don’t dismiss it offhand – in the right kind of setting, and with the right kind of aim, sound can still be very useful. If it’s quiet enough (and you’re not located in a busy shopping centre, for example), you can use sounds or a short piece of music to grab the attention of potential customers.

It’s not necessarily always about increasing sales, though – you can also use it for accessibility, such as wayfinding or extra information for blind or partially sighted customers. If you’re planning on implementing any kind of sound though, it’s worth bearing in mind that you won’t want it to be too repetitive if you can avoid it – otherwise, you may end up simply annoying passers-by more than anything.

One of the most useful (and often underestimated) capabilities of digital signage is its ability to create cohesive ‘in-store narratives’ for customers. Rather than a standalone advert on a single screen, you can co-ordinate each of your LED screens to guide and influence customers throughout your premises from the moment they enter until the moment they leave.

You can start with an outdoor-facing screen that displays your opening times during your off-hours, and welcomes customers into your store as soon as you open for the day. They can even be fitted with sensors to greet customers individually as they approach, rotating through a series of messages to give the impression of a personalised greeting.

Once they’re in store, your displays can be used to guide customers around their shopping journey. Now, we’re not talking strictly about wayfinding (although that’s useful too!). It’s more about showing customers tailored messages depending on where they are and exactly what they’re doing in your store. For example, you can show certain messages when your customers are travelling on escalators or ascending in lifts, or entering a changing room. 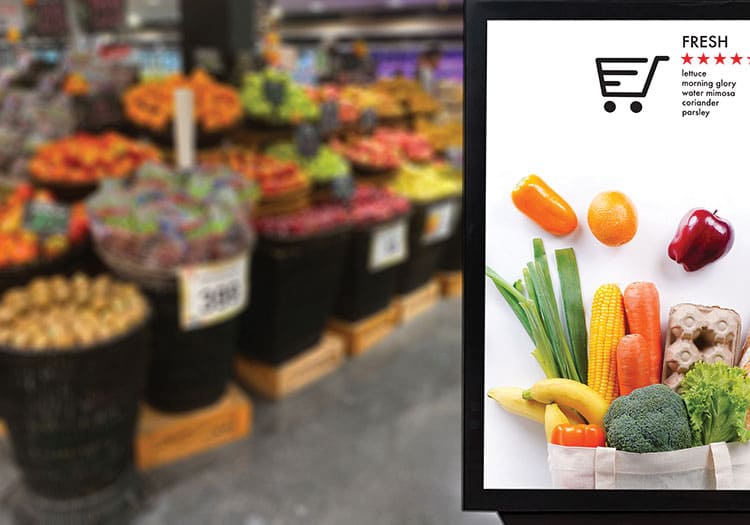 Plus, you can use smaller displays in tandem with sensors to enhance the experience in a number of additional ways. Sensors placed on shelves and hangers can sense when specific products are picked up and moved, and display corresponding information or ad copy at eye level. What’s more, these displays could tell customers more about what they’re holding, or help them check stock on the other available sizes.

If you’re clever with it, you can even set up a certain piece of content to ‘follow’ customers around your store. One particularly innovative example of this was #LookingForYou, a campaign by Battersea Dogs Home, in which shoppers were handed a leaflets by the charity’s volunteers at London’s Westfield Centre. Unbeknownst to the shoppers, each leaflet contained a small RFID tag that would activate the LED digital displays scattered around the centre, so that every shopper holding a leaflet would be ‘followed’ by Barley the dog. When he’d made enough appearances on LED screens for retail, Battersea displayed a call to action encouraging people to visit their website to find dogs looking for new homes!

These are just a few of our ideas, of course – you probably have plenty of your own! If you’ve got any questions though, or you need a bit of expert advice, we’re only too happy to help here at Scanlite. We’ve got a great post on content inspiration for your LED signage that’s worth checking out.

Alternatively, just get in touch with one of our experts directly, and we’ll be only too happy to see what we can do for you. We know our digital signage solutions inside out, including the many ways in which it can be used to achieve your goals as a business, so to find out how we can help you, feel free to give us a call today on 01253 302723, or email us on sales@scanlite.co.uk.